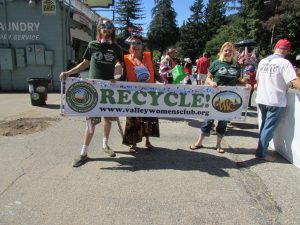 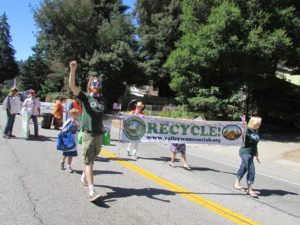 Seth, Erin, and the kids march in the July 4 parade 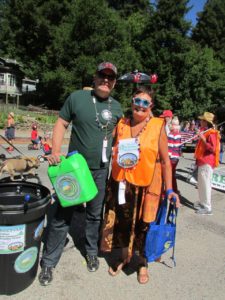 Lynn & Dave get ready to march in the parade

Great fun was had by all this July 4th as the VWC group marched, chanted and danced in the parade in Boulder Creek.  It all started at the pancake breakfast at the Firehouse (which was attended by THE WHOLE TOWN OF BC) and was delicious, nutritious and well-served up by the guys and gals of the 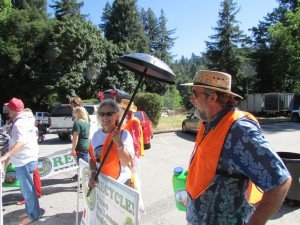 Peter leads us to the Blue Ribbon! 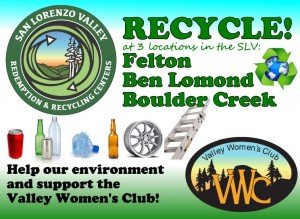 volunteer fire fighters who we all know and love!!!

This year we emphasized our Recycling Centers by carrying banners and goofing around with funny dances and chants.  As we walked the parade, Peter Gelblum, VWC Board Member, led us in a chant:

As we approached the judges stand, we circled around (like covered wagons) and chanted.

Lynn McKibbin, VWC President, and Dave Wright, Recycling Center Director, took up the rear, pulling decorated trash cans, picking up recyclable trash with grabbers and clowning around!  What a sight! Seth Russell kept the energy high by interacting with the crowd and chucking handfuls of candy toward the little people.