VWC Honored by The United Way 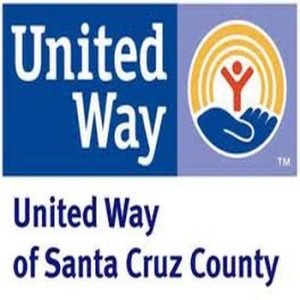 Years ago, the VWC was involved in establishing the Goals for the United Way’s Community Assessment Project. The goal that the VWC pushed for was related to our watershed issues (#9), and we knew they were county-wide issues of great importance. Now, the VWC is being recognized for the Environmental Committee’s efforts, according to Robyn McKeen of United Way’s Community Hero program. Robyn stated that, “In your group’s case, you were selected as the Community Heroes for Goal #9: By the year 2015, reduce water pollution: health of rivers and ocean is improved by reducing erosion, chemical and biological pollution and improving riparian corridors.

Your efforts to reduce water pollution by educating the public and organizing the River & Road Cleanup with Save Our Shores have inspired Charise Olson to nominate you as a vital force in helping to fulfill Community Goal #9.”

It is exciting for the VWC to be recognized as a “Community Hero” by United Way’s Community Assessment Project. We were actually involved in the process of setting the Project’s Goals, and worked hard to get #9 included…. so it is especially nice to receive this honor from them years later.

On Wednesday, November 19th, 10 a.m. at the Watsonville City Council Chambers, there will be a Press Conference and Celebration to present the 2013 Year 19. Santa Cruz County Community Assessment Project findings and to announce the 2013 Community Heroes. VWC President, Lynn McKibben, VWC Environmental Chair, Nancy Macy, and VWC Hammer-Marcum Honoree, Tai Stills, will be at the event to receive the award.