The Secret Affairs of Mildred Wild 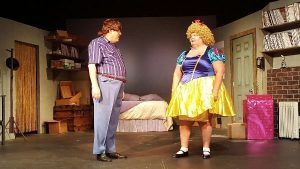 Ben Lomond, CA: Mountain Community Theater proudly presents “The Secret Affairs of Mildred Wild,” written by Pulitzer Prize-winning playwright Paul Zindel and directed by Erik Gandolfi, who most recently directed Jewel Theater’s acclaimed production of “Doubt.”  This zany, touching story takes you into the tiny living quarters behind the Greenwich Village candy store that Mildred operates with her husband.  Crowded with her forty-year collection of movie magazines, Mildred has virtually escaped from reality into the dream world conjured up by the 3,000 movies she has eagerly devoured. When the outside world intrudes via her husband’s meddling sister, their hard-boiled landlady, the mincing butcher from next door, and the foreman of the wrecking crew sent to tear down the condemned building, Mildred meets each crisis with a hilarious fantasy scene drawn from her precious lode of old movies.

As the action moves swiftly ahead to its delightfully unpredictable climax, Mildred’s life is further complicated by such unlikely visitors as a bulldozer, a nun, King Kong, and a super-efficient TV camera crew, all adding to the merriment and, ultimately, to the poignancy which infuses the play and the touching, funny escapades of its kooky, lovable and totally enchanting heroine.

Performances will be at Ben Lomond’s Park Hall, 9400 Mill St., from Friday, October 2nd, through Sunday, October 25th.  Friday and Saturday evening performances are at 8 p.m., Sunday matinee performances are October 11th, 16th and 23rd at 2 pm.  Join us for a champagne reception opening night and a special Talkback with the Director and Cast after the October 11th matinee. Admission is $20 General, $17 Students and Seniors. Tickets are available at www.mctshows.org, or www.mildred.brownpapertickets.com.

Our heroine, Mildred, is played by  MCT veteran (Harvey, Beaux Stratagem) Hannah Eckstein, whose work also includes episodes of Law and Order SVU, Married With Children, The Nanny, and Deadwood, as well as voice over work for the X-Men franchise and Titanic.  Alongside Hannah are both local favorites and newcomers to MCT, including Jackson Wolffe, Kathie Kratochvil, David Leach, Julia Cunningham, Shireen Doyle, Marty Lee Jones, Donna Young-Fasolas, Jen Egelund, and Andrew Crocker. 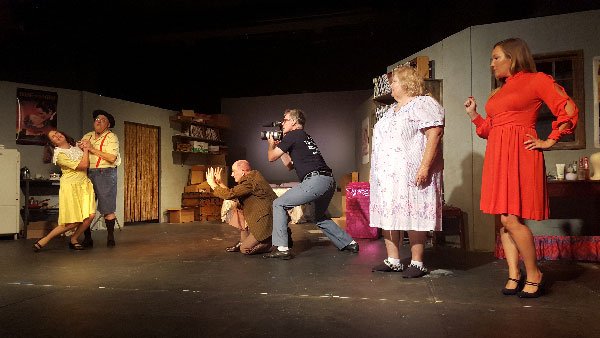 Mountain Community Theater (MCT) is the longest-running community theater in Santa Cruz County, started in 1982 by a collective of actors.  MCT is a member-run non-profit organization that relies on support from its performances, season subscribers, and royalties from its own company-created script, “Miracle on 34th Street, the Play.”  For more about MCT and its “Miracle,” visit www.mctshows.org.