Perspectives on the San Lorenzo River 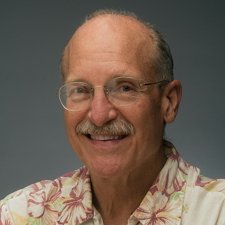 1. The San Lorenzo River shaped the land we live in.

Likewise, a large area of the Santa Cruz Mountains was shaped over millenia by the river and its tributary creeks and streams. The flow of water down out of the mountains eroded this land, some of which is sandstone from an ancient seabed and some granite risen from deeper in the earth’s crust. So the towns of Felton, Ben Lomond, Brookdale, and Boulder Creek can also be seen as IN the river.

2. Nature, or “the environment”, does not stop at the city’s edge.

The river downtown is the daily habitat for thousands of plants and creatures; it is also a stop-over for migratory birds, and it serves as a crucial link between the Bay and the upper watershed’s forests and meadows.

3. The bioregion of the San Lorenzo is heavily inhabited by people.

We live, work, and play throughout the coastal floodplain as well as the upper watershed of the San Lorenzo and its many tributaries, This means that the health of the watershed is affected daily by the actions, large and small, of thousands of people and organizations. Improving and protecting the health of the watershed requires that we expand our understanding of the impacts of our actions. We do not have the choice of simply leaving the watershed alone to recover through its own processes as we might with a wilderness area. Instead we must learn how to live harmoniously within the watershed’s living ecosystems.

4. The river runs through us.

Santa Cruz, Felton, Ben Lomond, Brookdale, and Boulder Creek are located on its banks. Water from the river flows directly through more than 100,000 people as drinking water, and through our homes and businesses for bathing and a myriad of domestic and industrial uses. The water that flows through us re-joins the un-captured water of the river in the Bay after passing through our storm drain and sewage treatment systems.

5. The river sets limits for us.

A natural stream overflows its banks every few years, inundating surrounding areas and depositing silt and debris. When we put buildings and roads along the banks of a river, we invite flooding. The costs of flooding and preventing floods are self-imposed – it is our choice to live in the river.

Rivers are semi-wild even within urban areas. Every community must learn, and re-learn, how to co-exist with that wildness. Wildness is both an environmental question, where we are now learning to treasure what is left of the San Lorenzo’s wild ecology, and also a social question, where we must reconcile our ideas of wildness as lawlessness with our desire for safety and social harmony.

The worst assaults on the San Lorenzo and its watershed through logging, mining, industrial abuse, and over-development have been curtailed. But the recovery of the watershed will take time, and our best efforts will be met by discouraging obstacles. In this, as with many facets of human damage to our environment, I take inspiration from rivers themselves:

When a boulder, a fallen tree, or landslide blocks a river, the water finds a way to flow around the obstacle. Over time, the river erodes and re-shapes the obstacle into a part of itself. When an obstacle is so large that the river’s flow is dammed, the river gathers and rises and overflows the obstacle.