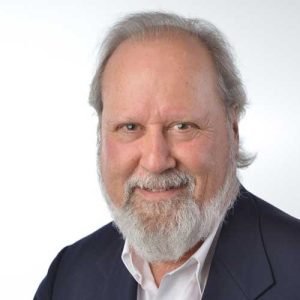 Roger has been on the Board of the Valley Women’s Club for over four years and has maintained a family membership with the club for decades. He has lived with his family near Big Basin before being burnt out in the CZU fires. He is working on getting permission to rebuild. While the fire took out his classic vehicle collection, one car was not on the property and spared! He recently showed it at the Santa Cruz Mountains Classic Car Show while staffing a sponsor table for the VWC.

Roger is retired from PG&E and EBMUD after years of corporate work. He first initiated his efforts at the Club by overseeing the VWC Recycling and Redemption Centers, operating for over 30 years in the SLV. After the County stopped the redemption component of recycling, VWC decided to withdraw from the business. The VWC and Roger supported the effort to have the County later reinstate redemption. Roger currently co-chairs the Women’s Solutions Committee and helped deliver Masks4SLV at the start of the pandemic. More recently, he has helped to staff the VAX the Valley clinics that brought vaccination to the SLV. Roger often staffs a VWC booth at events but took the opportunity to dance with fellow club members to The Chamber Brothers’ “Time Has Come Today,” played by Moon Alice at the Redwood Mountain Faire this year.

Roger recognizes the special unique quality of living in the San Lorenzo Valley, among the redwoods, and is proud of his involvement with the VWC to maintain our way of life here.