Friends of Quail Hollow Update – Fundraising, and Camping at the Park? 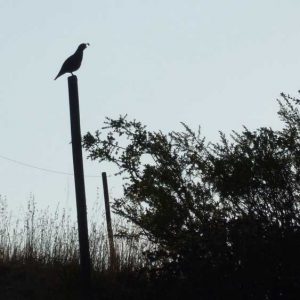 As reported in the Summer VWC e-Newsletter, Jim Williams and a group of supporters of Quail Hollow Ranch County Park created the “Friends of Quail Hollow,” which is now under the fiduciary umbrella of the Valley Women’s Club. Quail Hollow Park has a large group of supporters working on trails, creating bird habitat and removing invasive plants. The creative leadership of a dedicated, part-time, County Ranger, Lee Summers, has provided many activities for all ages at the Park as well. For years severe cuts in County funds to the Parks have been having a major impact on Quail Hollow and the new organization was formed to support the Park.

The Friends of QH honor the Park’s unique role among County Parks as an extensive nature preserve, along with the Park’s dire need for financial support to fund needed maintenance and improvements. (Read here for some of those efforts.)

Raising funds started with the new group taking on a sign-making project for the Redwood Mountain Faire, earning a share of its proceeds. Since then QH supporters who dined at The Trout Farm restaurant on September 17th provided a donation to the organization, and on October 17th, Granite Rock had an open house at their quarry across from the park and donated the proceeds from the taco lunch to the Park.

An interesting, and to those of us who consider the Park a nature preserve, a disturbing suggestion was made by the new Director of Parks for the County: to offer camping opportunities in the Park. We’ll keep you up to date about that.

Please join the Friends of Quail Hollow (no cost, just a desire to be involved) and get engaged in the future of this remarkable jewel in the SLV. Email Jim for more info.