Come to our Environmental Committee Meetings!

It is with intense gratitude that we announce the Mount Hermon Association (MHA) has withdrawn its plans to replace a rare remaining meadow at the entrance to the San Lorenzo Valley with an “Adventure Park” that included a “Bike Velocity Park.” Their official statement on their website read,

“Thank you for your continued interest in the Felton Meadow. We have been encouraged by the interest. The costs associated with developing the Felton Meadow property have exceeded our current capabilities and so we have decided to forego any development. Although we are not moving forward with development of the property, there are new programs in development that will benefit our surrounding community including new programs intended for our local community. We will be starting an After School Program for grade school students in the San Lorenzo Valley and launching Velocity Bike School and Adventures with classes, guided rides, and backcountry trips based out of our current location. The Felton Meadow property will continue to be maintained and managed by Mount Hermon.”

The defeat of the project is because of the intense, multi-year involvement of many people. Thoughtful, intelligent, in-depth research provided cogent arguments against the development and drove the effort to stop the project and preserve the valuable meadow, wetlands, oak woodlands and viewshed at the entrance to the SLV.
The VWC and its Environmental Committee are surprised and relieved by MHA’s decision. We were prepared – after thousands of hours of research – with hundreds of documented arguments against the project which was officially initiated with an attempt for a Mitigated Negative Declaration in the summer of 2014. We have a plan in place with dozens of concerned people ready to help and had raised funds to support the effort to comment on the EIR. We were ready to further publicize the disturbing problems with the proposal and to speak at Planning Commission and Board of Supervisors public hearings to convince these leaders not to support the project. With the many delays in producing the Draft Environmental Impact Report, we felt it would have taken another year at least to eventually resolve the issue with a vote by the Supervisors.
We are committed to continuing to “Save the Meadow,” and are open to ideas and support for doing so. Financial assistance is also appreciated.
We learned a lot in researching the many aspects of the project beyond the significant environmental and social problems. We will be providing further information about the health and safety issues to the community, to increase awareness of the problems we learned of. Please watch the VWC website and Facebook for further information, or contact us to help.
To become involved in the effort to further protect the Meadow, contact Environmental Committee Chair, email Nancy Macy or call 831/345-1555.
THANK YOU, THANK YOU, TO ALL WHO SUPPORTED THE EFFORT TO STOP THE AMUSEMENT PARK PROPOSAL ON OUR PRECIOUS AND RARE MEADOW, WITH ITS OAK WOODLANDS, and WETLANDS with its BEAUTIFUL VIEWSHED.
October 5, 2017 2:32 pm

It is with intense gratitude that we announce the Mount Hermon Association (MHA) has withdrawn its plans to replace a rare remaining meadow, at the entrance to the San Lorenzo Valley, with an “Adventure Park” that included a “Bike Velocity Park.” Their official statement on their website read, “Thank you for your continued interest in the Felton Meadow.

Community TV: VWC Talks About Concerns Regarding the Felton Meadow 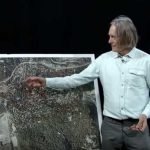 A Description and Discussion of The Felton Meadow Project Up To the Not-yet-released Draft Environmental Impact Report Construction vs Open Space — Over an estimated 8-10 years, the Felton Meadow Project will permanently transform a rare meadowland — a beautiful, stable, protected open space — that is legally recognized as a vital part of the

When Mount Hermon announced the purchase of the Felton meadow, as this article shows, the community felt that the purchase (after the affordable housing controversy that had lasted several years) was a good solution to the issue. It seemed that virtually all the problems that housing would have caused were no longer of concern, as 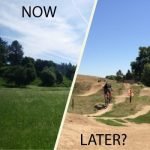 By Nancy Macy, for the Environmental Committee The DRAFT Environmental Impact Report (DEIR) has been delayed again on the proposal by Mt. Hermon Christian Conference Center to construct an enormous Bike Velocity Park on the 14-plus acres between Felton Faire Shopping Center (where the Safeway is), on Graham Hill Rd. More individuals have been speaking out 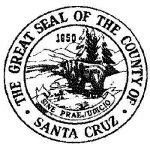 As expected, the Board of Supervisors unanimously approved to “contract with Rincon Consultants, Inc. in the amount of $131,916, to prepare the Environmental Impact Report (EIR) for the Mount Hermon Felton Meadow Project, and approve the Applicant Agreement with Mount Hermon Association, which provides that costs of the EIR are borne by the Applicant, as