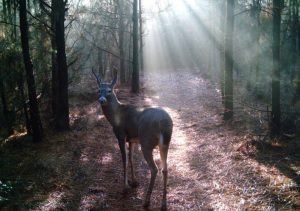 AB904 is a bill that was recently passed out of the Assembly Natural Resources Committee and is now being considered in the State Senate. This legislation would expand the Non-Industrial Timber Management Plan enormously and has terrible consequences for our area.

AB 904 adds multiple layers and complexity to an existing program called the Nonindustrial Timber Management Plan (NTMP) for “small” landowners. Unlike the standard timber harvest plan (THP) which requires a public review prior to each timber operation, these new programs are reviewed only once and are good forever for an entire ownership.

After acceptance by CalFire, the landowner can conduct all future timber operations by simply filing a notice to CalFire. Neighbors, Water Districts and other agencies have no recourse if there are problems with continued logging.

AB 904 is intended to induce landowners on the North Coast of California  to transition away from clear-cutting and to reduce forest conversion pressure. In exchange, landowners are given “regulatory relief” by shutting out CEQA public review of all future timber operations.

-CalFire was required by previous legislation to conduct an extensive review to ascertain how  well NTMPs were working, but that review was never completed and there is documented evidence that NTMPS have increased public health and safety risks (examples on request).

-AB 904 would drastically increase the acreage cap for “small” landowners to enroll lands in this program from 2,500 acres to 15,000 acres.

-AB 904 would create yet another program for landowners with 160 acres or less, providing even more regulatory relief than the current program.

– Different forested regions of the state have vastly different circumstances, but AB 904 ignores these differences.

3. AB 904 is not appropriate in the southern subdistrict

-AB 904 addresses problems that don’t exist here, and it offers solutions that will curtail the rights of the public to participate in timber harvest review and protect their property rights.

-AB 904 will exacerbate conflicts in residential neighborhoods in the densely populated rural areas of the southern subdistrict, due to public health and safety concerns.

-AB 904 is designed to reduce clear-cutting on the North Coast, but clear-cutting is already prohibited in the southern subdistrict.

-AB 904 allows a one-time-only review of an entire ownership; after that, the public can no longer comment on future timber operations.

-AB 904 would curtail the established legal rights of counties of the southern subdistrict to appeal timber operations to the State Board of Forestry on behalf of the public.

-AB 904 would curtail county and public rights to review and comment regarding major amendments to timber operations prior to state approval. Major amendments currently undergo the same review as a new timber harvest plan.

6. State and local organizations requesting that AB 904 be amended include:

The Valley Women’s Club’s  Environmental Committee for the SLV

The amendments being proposed will provide specific improvements, especially for the counties of the Southern Subdistrict where we are, in order to reduce the impact of logging on riparian corridors, protect close neighbors, and do much to make it better legislation. We will be working with State Senator Bill Monning to help this happen, and then work for approval of the amendments by the Assembly as well. You are encouraged to contact Senator Monning to let him know how important the amendments will be for the San Lorenzo Valley’s long term environmental health.