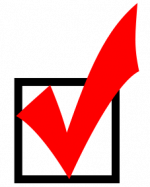 Filmed by Community TV for Frequent Airing Until the Election

All six candidates (in alphabetical order: Chuck Baughman, Karen Brown, Bob Fultz, Eric Hammer, incumbent Larry Prather and Gene Elizabeth Ratcliffe) for the SLV Water District Board of Directors provided insights into their concerns and goals at the VWC’s Candidates Forum on Tuesday, September 30th at SLV Elementary School. Over ninety residents attended the VWC’s Forum and listened attentively to the speakers.

You can view video of the event by clicking here.

Dozens of questions were written on cards and provided to the three volunteer League of Women Voters who sorted them by topic. Questions were consolidated and then asked of each candidate by the Moderator, also from the League. With limited time available, only 90 second responses were allowed, carefully monitored by the League timer.            The VWC is very grateful that the League provided five skilled volunteers to help assure questions from a broad range of issues of concern to those attending the Forum.

The questions were cogent and the answers rushed, but a great deal of information came out during the Forum.

The same process continued as the two State Assembly candidates were given their opportunity to address the audience. Incumbent Mark Stone, a Democrat, and Republican Palmer Kain discussed their reasons for seeking office and then responded to the many questions from the audience.

It was a successful, well-attended forum and provided real insights into the candidates seeking to serve their community. VWC President, Lynn McKibben, expressed gratitude to the League, to the helpful staff at SLE Elementary, and to the thoughtful and attentive SLV High Students who volunteered to distribute cards and pencils, and to gather the questions from members of the audience and get them to the League sorters.