For information on attending the meeting, agenda items, membership, volunteering, or becoming a board member, contact President Alisan Andrews.

And Don’t Forget the Wonderful New & Continuing Board Members! 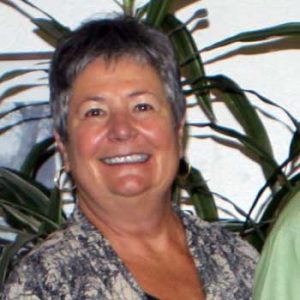 Serving on the VWC Board is an exciting undertaking with often difficult challenges and also fun, with constant opportunities to impact peoples’ lives and our local environment in positive ways. Those willing to serve on the Board are making at least two-year commitment, the length of one term. Many go on to serve for years and it is difficult to see them leave, as with immediate Past President, Lynn McKibben, who left the Board last Fall.

We want to honor Lynn’s inspiring dedication to improving the VWC and expanding its visibility in the community. Lynn’s exciting vision led the VWC to revamp many important processes of the Club, from updating its by-laws to reviewing and improving its policies and procedures. Lynn’s creativity led to things like a newly colorful logo appearing in new places, and new banners and brochures. She found many new, fun ways of expanding the visibility of the VWC, helping make sure that more people know what the Club has done and is doing, from the efforts of the recycling centers to making sure folks are safe during Halloween Trick-or-Treating in downtown Boulder Creek. She made it a priority to work closely with our elected officials. Lynn was leader as the Club dealt with extremely contentious issues as our SLV Redemption & Recycling Centers suffered severe decreases in income due to plunging values of materials and reduction in reimbursements through the County’s contract. The VWC is very lucky that Lynn cared so much and worked so hard, as she elevated the VWC “brand” both in visibility and in respect, and networked effectively. We miss her energy and ideas.

Happily, the Board has some amazing new and continuing Members this year! Recently elected to new terms that started in January are Maggie Barr, Chelsie Osenga, and Linda Skeff!

Maggie is a Realtor and a life-long resident of Boulder Creek. In the past she worked as a small business consultant, technology trainer and marketing manager at several high-tech firms. She keeps fit with Jazzercise, and, with her husband Mike, enjoys trying new restaurants and going to the movies. Maggie has seen many changes over the years. She is dedicated to the community and is eager to expand her involvement through a leadership role in the VWC.

Chelsie is another lifelong resident of the SLV! She has been teaching Spanish at SLV High for the past four years, after earning a Master’s Degree in Education at UCSC. It’s exciting she can teach in the community where she grew up. Her special joy in teaching is related to forming ties to the young people of the community and their families. Education and community enrichment are special areas she hopes to focus on in the VWC, with a special interest in developing programs and opportunities for younger residents and future generations, and lots of energy and ideas about how to achieve them.

Linda arrived in the SLV thirteen years ago and quickly began the work of learning how to restore her steep hillside in Brookdale to health. Later she became active in the VWC’s Environmental Committee, where she now leads the SLV Restoration Project – with the goal of motivating the removal of invasive non-native plants to restore natives throughout the watershed. First teaching small groups, then reaching out to other organizations, especially the 4-H and BC Rec, Linda began a series of restoration sites. Her efforts recently led to gaining an AmeriCorps NCCC grant for the VWC, so she is guiding the 8-person Team Blue 6 in improving several critical watershed areas – having enlisting support from many individuals, organizations and businesses in the SLV to make it possible. We are lucky to have her on the Board where ability to inspire people toward achieving important goals will be valued.

The VWC has many goals in the coming year, so we honor those who are continuing to serve on the Board in 2016. These include President Rosalind (Roz) Alley, Vice President Peter Gelblum, Secretary Pam Spehar and Treasurer Mary Lanctot. Also continuing to serve are Board Members Sheila DeLany (who served as Treasurer for over twenty-five years), Connie DeNault, Barbara Hanson and Steve Edmonds, each of whom has taken on important leadership roles and is continuing to care for and work for the Valley Women’s Club and the San Lorenzo Valley.