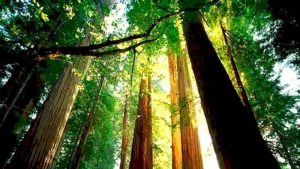 Kevin Collins is a member of the VWC’s Environmental Committee. He and his wife, Mary Jo Walker were honored with the Hammer-Marcum Award several years ago for their remarkable environmental achievements. Kevin was at the Board of Supervisors’ meeting when PG&E representatives presented the “Wildfire Safety Program” and immediately recognized the massive environmental destruction it would cause throughout northern and central California.

He warned the Environmental Committee, and a core group, especially Kevin and Paul Norcutt, as well as Robin Brune, began what became hundreds of hours of research to gain information and understanding of the Program, the CPUC and its processes, and PG&E. We reached out to Supervisor McPherson and the other Board members, beginning the process of providing information and reaching out to residents as well.

Kevin focused his attention on filing a Formal Complaint to the CPUC. After several hundred hours of research and writing, Kevin made the $300 worth of copies and sent the Complaint in by Certified Mail. He received notice of delivery but when he called to follow up they couldn’t find it. It was “lost.” Kevin contacted our State Assembly member, Mark Stone, who demanded that the Complaint be found and treated properly. After about two months Kevin received notice that the Complaint had a Docket number. A few weeks more and he received notice that the Administrative Jurist had set a Pre-hearing Conference, which both Kevin and a representative of PG&E will have to attend, for November 30th at Santa Cruz City Council Chambers.

he Complaint basically says it shouldn’t be up to an individual to file a complaint but rather the CPUC should have followed its own procedures and prevented this inferior safety program from being approved. It points out that the CPUC’s own Office of Public Safety Advocate had stated that PG&E had failed to study whether or not the program would work — had no data relating to any of the claims that removing trees and vegetation would prevent wildfire. It is a clear, concise statement with extensive evidence to back it up. For an in-depth exploration of PG&E’s failure to recognize its responsibility to provide a viable, effective Safety Program — specifically to upgrade its infrastructure so it will no longer cause wildfires. Read the Complaint.